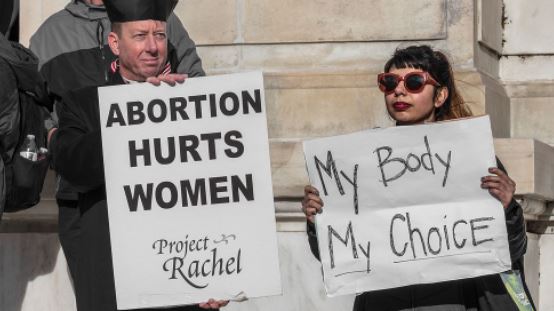 See all the latest health news in Nigeria

While some countries have made restrictions on it flexible, others still hold rigid reservations.

According to a report obtained from AFP, a conservative-dominated Supreme court in the United States is bent on ending abortion rights.

Also, read the latest health news in Nigeria on COVID-19

In Nigeria for instance, terminating pregnancies can lead to nearly a decade-long jail term.

Regardless, the ban can be lifted if the pregnancy is life-threatening.

Other African countries where abortions remain illegal are;

Other parts of the world where abortions remain illegal are;

Meanwhile, in France where the law seems flexible, traditional Catholics kick against it. It went from a mere legal backing of abortion to imminent lawsuits against abortionist bullying.

In the United States, a similar case against abortion is trending. Although it is still speculation, it is said that a conservative court is working towards ending the right to abortion.

Must Read: WHO Raises Alarm On Recent Ebola Outbreak, 2 Dead

Two decades and a half have seen the world develop legal backings to aid pregnancy termination.

There are countries that practice legalised abortions.  However, there are still rigid restrictions to this.

In some countries, the rigidity of abortion goes beyond the constitution. Access to pregnancy termination is very limited. One such country is Brazil.

There are still exceptions to life-threatening pregnancies and rape.

Also, in 2017 a 30-year ban ended. This allowed rape interventions for rape and risky pregnancy.

In September 2021, lawmakers in Chili approved a proposal to legalise abortion up to 14 weeks after abortion.

Although a senate has to debate and vote on the case.

In traditionally strong Poland after a protest on legalising abortion in 2020 over the malformed foetus, abortion is permissible in the cases of;

Countries that enjoy liberal legalisation of abortion are;

Some health eexperts have advised that abortion should be made an option for women with unwanted pregnancies.

In countries like Nigeria where poverty is on the rise, economic considerations should be looked into legalisation of abortion.

Also, the liberty to choose to keep a pregnancy should be the decision of the parent and doctor.

Just as people are allowed to choose a sex partner, pregnancy is the choice of the parties involved.

Abortion should be looked at as a fundamental human right of the pregnant person.